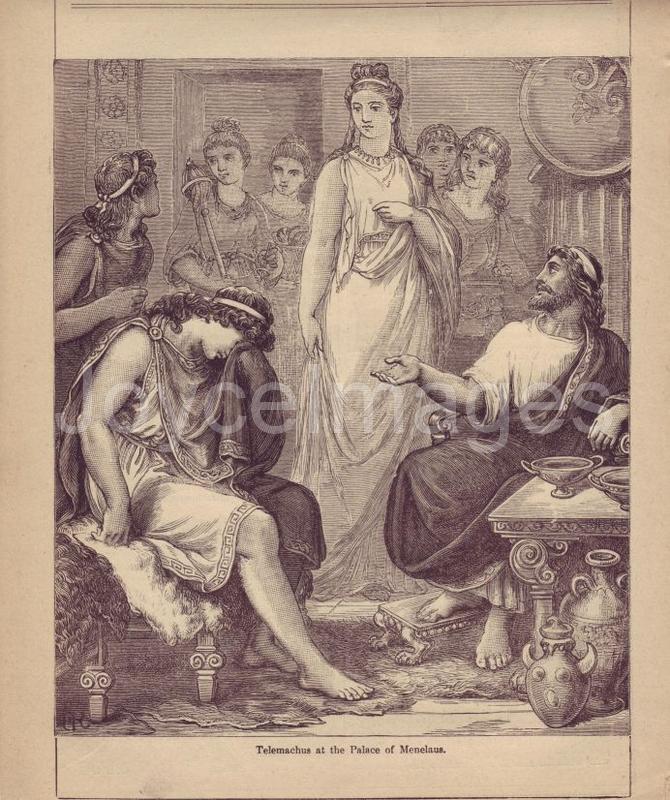 "About us gobblers fork spiced beans down their gullets. Un demi setier! A jet of coffee steam from the burnished caldron. She serves me at his beck. Il est irlandais. Hollandais? Non fromage. Deux irlandais, nous, Irlande, vous savez? Ah oui! She thought you wanted a cheese hollandais." (U3.218)

The Linati scheme for Proteus includes the correspondance Kevin Egan - Menelaus. Menelaus was king of Sparta, son of Atreus, brother of Agamemnon, husband of Helen, and a major protagonist in the Trojan War. He is depicted by Homer as a wise leader and a brave fighter, with a tendency to rattle off vacuous clichés. This engraving (1886) shows Telemachus as a guest in the Palace of Menelaus.