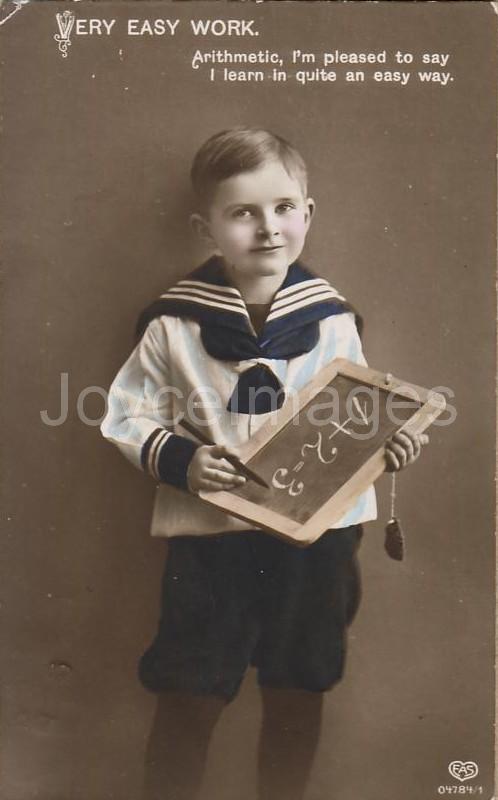 "The sum was done.
- It is very simple, Stephen said as he stood up.
- Yes, sir. Thanks, Sargent answered.
He dried the page with a sheet of thin blottingpaper and carried his copybook back to his bench.
- You had better get your stick and go out to the others, Stephen said as he followed towards the door the boy's graceless form.
- Yes, sir.
In the corridor his name was heard, called from the playfield.
- Sargent!
- Run on, Stephen said. Mr Deasy is calling you." (U2.173)