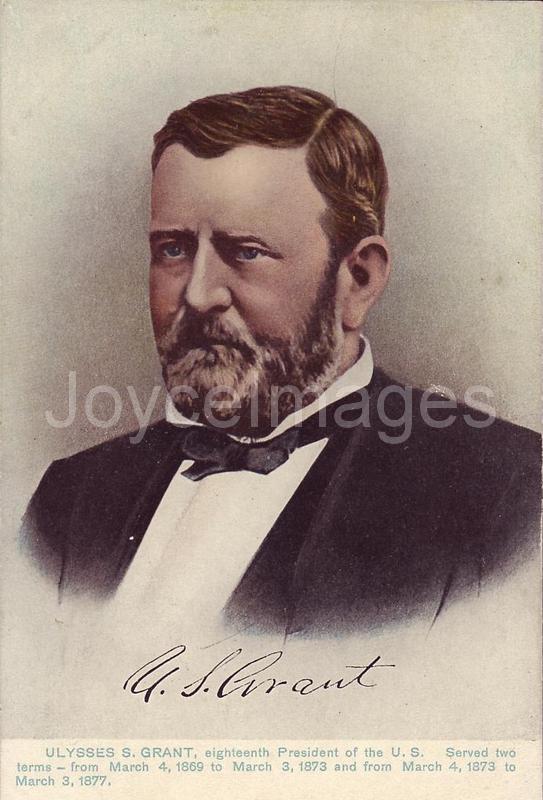 "when general Ulysses Grant whoever he was or did supposed to be some great fellow landed off the ship" (U18.681)

Ulysses S. Grant (1822 - 1885) was the 18th USA president. Just after leaving the White House in March 1877, he embarked on an unprecedented journey for an American statesman. He was then probably the most famous American in the world. With a small party, he traveled from May 1877 to September 1879. After a leg of the trip that included Gibraltar, Spain, Portugal, Paris and London, Grant visited Ireland (the 21st country on his itinerary) before heading for India and the Far East.