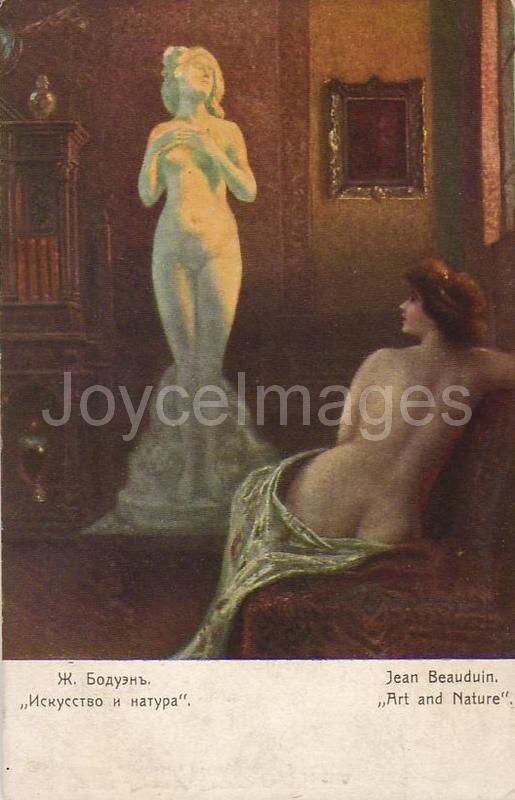 "the woman is beauty of course thats admitted when he said I could pose for a picture naked to some rich fellow in Holles street when he lost the job in Helys and I was selling the clothes and strumming in the coffee palace would I be like that bath of the nymph with my hair down yes only shes younger or Im a little like that dirty bitch in that Spanish photo he has nymphs used they go about like that I asked him about her and that word met something with hoses in it and he came out with some jawbreaker about the incarnation he never can explain a thing simply the way a body can understand then he goes and burns the bottom out of the pan all for his Kidney" (U18.559)