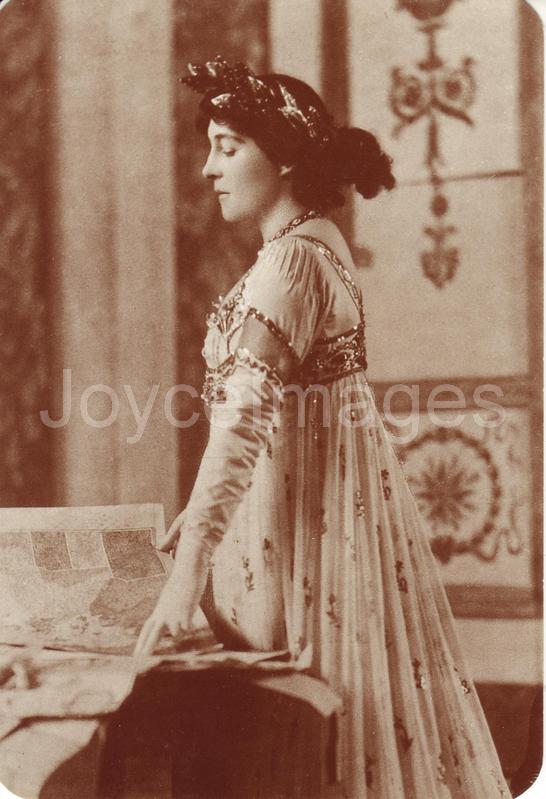 "and that Mrs Langtry the jersey lily the prince of Wales was in love with" (U18.481)

Lily (or Lillie) Langtry (1853 - 1929) is an English actress, born Emilie Charlotte Le Breton on the channel island of Jersey. She was famous in the roles of Rosalind (As You Like It), and Kate (She Stoops to Conquer). Langtry's theatrical career was eclipsed by her fame as the mistress of Edward VII. Langtry was idolized by Americans, and Judge Roy Bean named a Texas town in her honor. Her nickname, 'The Jersey Lily,' is after the Jersey lily flower (Amaryllis belladonna) a symbol of Jersey; it was popularized when Sir John Everett Millais painted her portrait 'A Jersey Lily.'