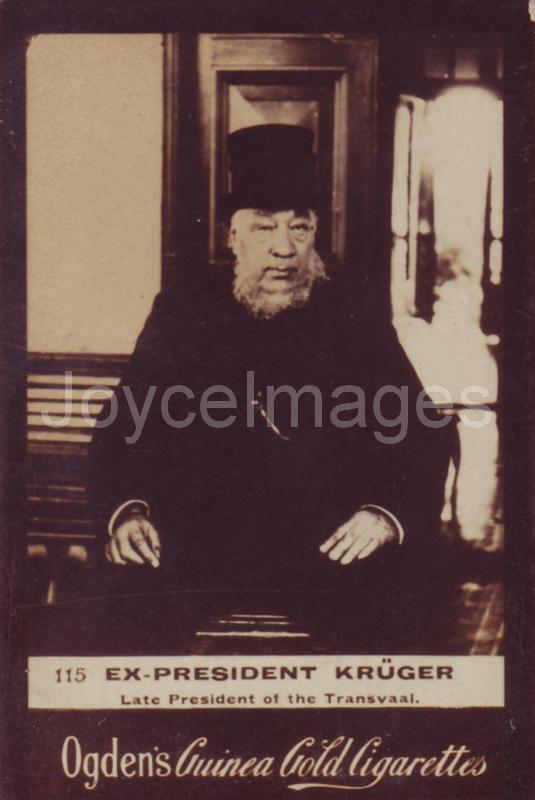 "or old oom Paul and the rest of the other old Krugers go and fight it out between them instead of dragging on for years killing any finelooking men there were with their fever if he was even decently shot it wouldnt have been so bad" (U18.394)

Stephanus Johannes Paulus Kruger (1825 - 1904), better known as Paul Kruger, or fondly as Oom Paul (Afrikaans for 'Uncle Paul'), was a prominent Boer resistance leader against British rule, and president of the Transvaal Republic in South Africa.