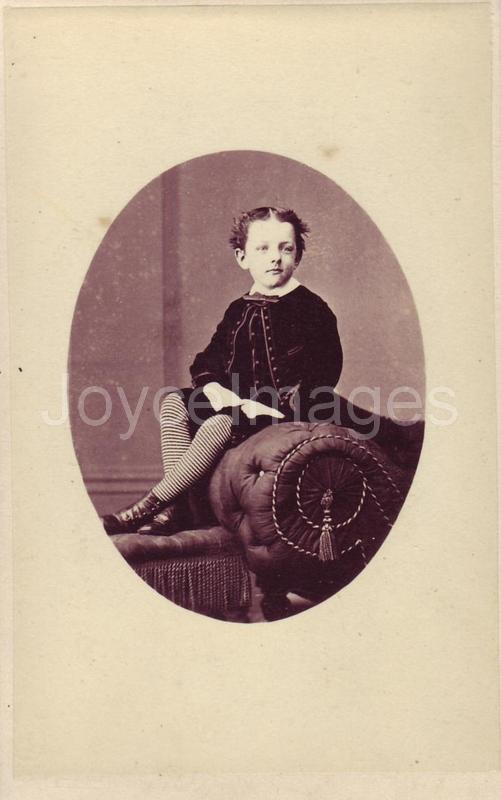 "I suppose hes a man now by this time he was an innocent boy then and a darling little fellow in his lord Fauntleroy suit and curly hair like a prince on the stage when I saw him at Mat Dillons he liked me too I remember they all do " (U18.1310)

'Little Lord Fauntleroy' was an immensely popular novel by Frances Hodgson Burnett, serialized in St. Nicholas Magazine in 1885, and separately published in 1886. Burnett introduces her hero as "a graceful, childish figure in a black velvet suit, with a lace collar, and with love locks waving about the handsome, many little face." The text, and illustrations by Reginal Birch, started a 'Lord Fauntleroy' fashion craze that spanned the late 19c. and early 20c. It affected mostly boys 3-8 years of age. A typical Lord Fauntleroy outfit was a black velvet suit with a lace collar, sashes and short knee-pants. A hat (often a broad-brimmed sailor hat, or a tam), long hair with ringlet curls or bangs, black stockings, or patent strap shoes were often added. Stephen must have been 11 (unusually old) when Molly saw him thus dressed. This CDV shows an Irish little Lord Fauntleroy from Belfast.