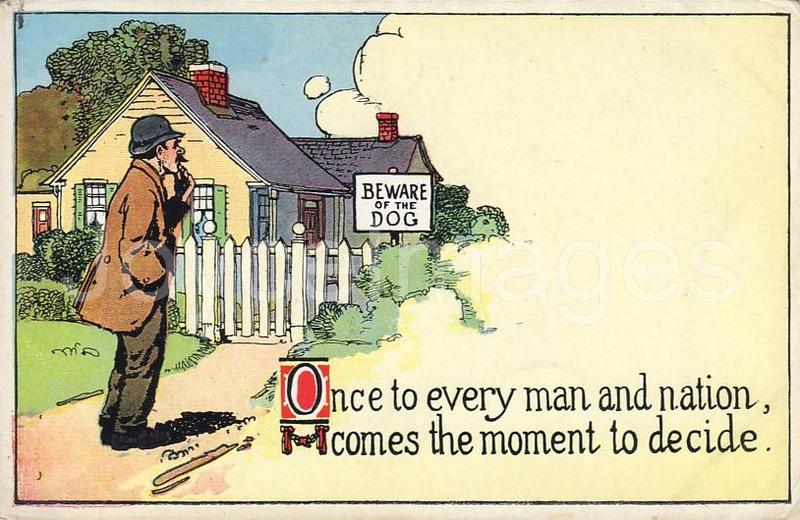 "What were then the alternatives before the, premeditatedly (respectively) and inadvertently, keyless couple?
To enter or not to enter. To knock or not to knock.

Bloom's decision?
A stratagem. Resting his feet on the dwarf wall, he climbed over the area railings, compressed his hat on his head, grasped two points at the lower union of rails and stiles, lowered his body gradually by its length of five feet nine inches and a half to within two feet ten inches of the area pavement and allowed his body to move freely in space by separating himself from the railings and crouching in preparation for the impact of the fall." (U17.80)