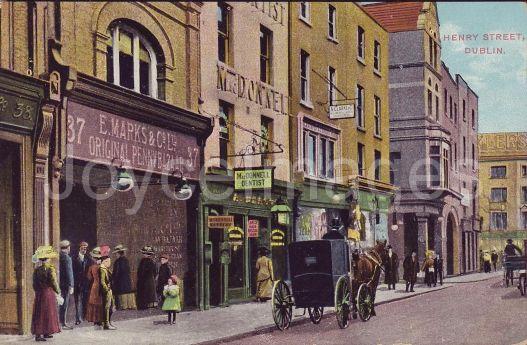 This PC shows Henry street where the waxworks were located at No. 30. Curiously, we see at No. 37 the 'Original Pennybazaar' of E. Marks. It may be a branch opened later as Thom's 1904 lists Marks Pennybazaar only at 42 George's street.