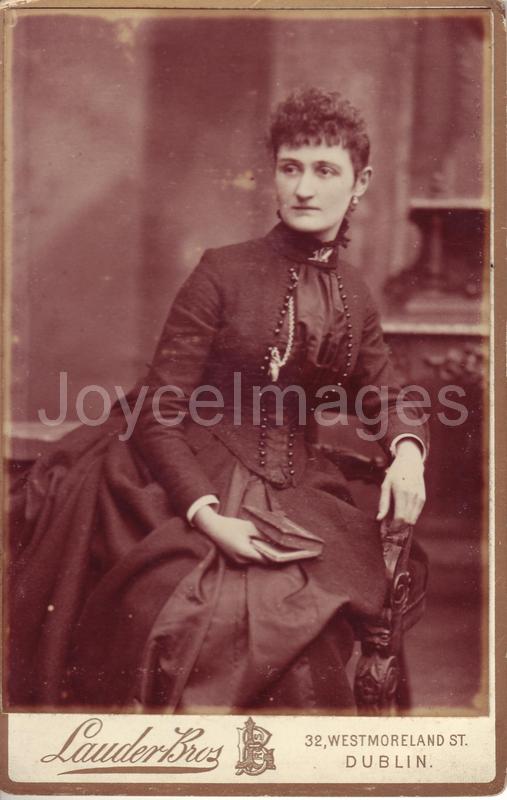 "Did their conversation on the subject of these reminiscences reveal a third connecting link between them?
Mrs Riordan (Dante), a widow of independent means, had resided in the house of Stephen's parents from 1 September 1888 to 29 December 1891 and had also resided during the years 1892, 1893 and 1894 in the City Arms Hotel owned by Elizabeth O'Dowd of 54 Prussia street where, during parts of the years 1893 and 1894 she had been a constant informant of Bloom who resided also in the same hotel," (U17.477)

Not her, but how I imagine Mrs. Riordan.