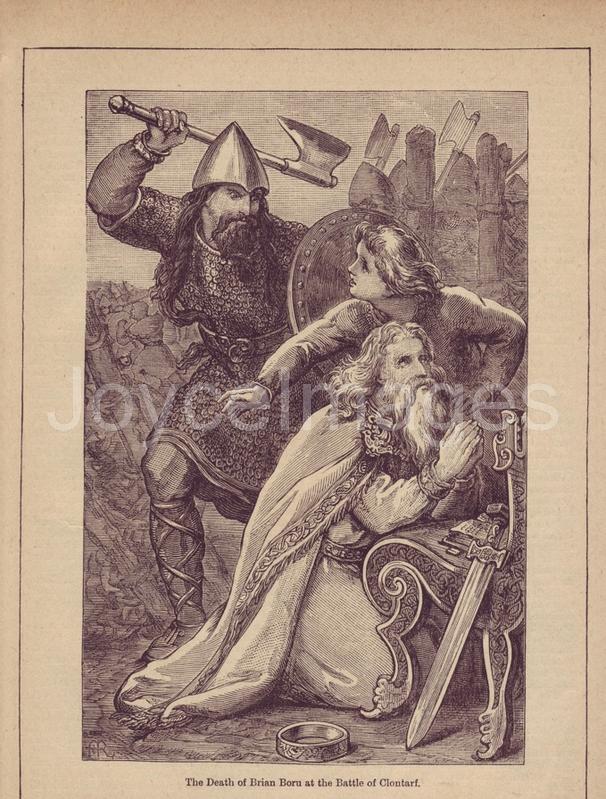 "What had prevented him from completing a topical song (music by R.G. Johnston) on the events of the past, or fixtures for the actual, years, entitled If Brian Boru could but come back and see old Dublin now," (U17.417)

Brian Boru or Brian Boroimhe (ca 940-1014), king of Ireland. A clan prince, he succeeded his brother Mathghamhain, who had seized Munster from the Eogharacht rulers (963). Brian subjugated Munster, extended his power over all S. Ireland, and in 1002 became High King of Ireland by right of conquest. As his power increased, relations with the Norse rulers on the Irish coast, and their king Sitric, grew steadily worse. Sitric formed against Brian a coalition of the Norse of Ireland, the Hebrides, the Orkneys, Iceland, and Brian's Irish enemies. On Good Friday April 23rd 1014, Brian's forces met and annihilated the allies at Clontarf, near Dublin. Soon after this victory, however, he was attacked by the enemy and murdered in his tent, as illustrated in this print (1886).