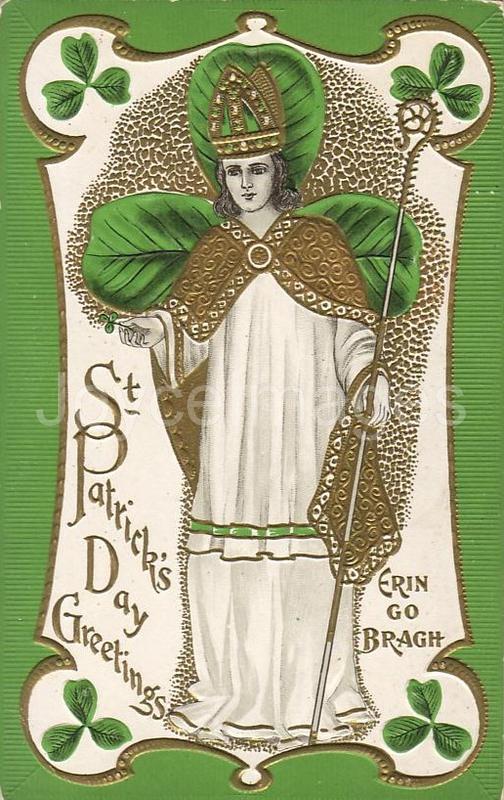 "Bloom assented covertly to Stephen's rectification of the anachronism involved in assigning the date of the conversion of the Irish nation to christianity from druidism by Patrick son of Calpornus, son of Potitus, son of Odyssus, sent by pope Celestine I in the year 432 in the reign of Leary to the year 260 or thereabouts in the reign of Cormac MacArt ( 266 A.D.), suffocated by imperfect deglutition of aliment at Sletty and interred at Rossnaree. The collapse which Bloom ascribed to gastric inanition and certain chemical compounds of varying degrees of adulteration and alcoholic strength, accelerated by mental exertion and the velocity of rapid circular motion in a relaxing atmosphere, Stephen attributed to the reapparition of a matutinal cloud (perceived by both from two different points of observation Sandycove and Dublin) at first no bigger than a woman's hand." (U17.30)