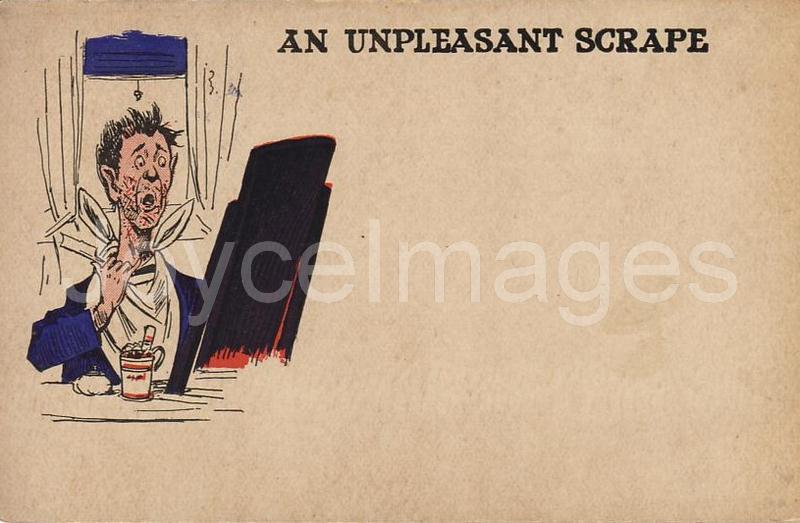 "since matutinal noises, premonitions and perturbations, a clattered milkcan, a postman's double knock, a paper read, reread while lathering, relathering the same spot, a shock, a shoot, with thought of aught he sought though fraught with nought might cause a faster rate of shaving and a nick on which incision plaster with precision cut and humected and applied adhered: which was to be done." (U17.282)