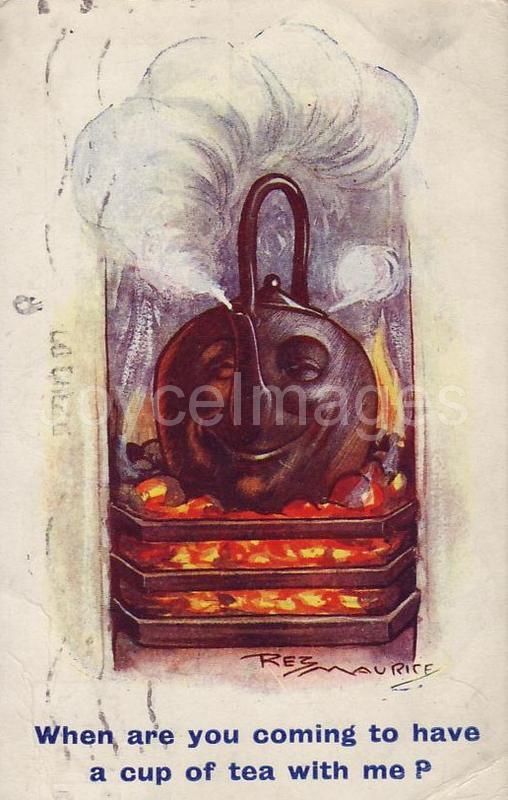 "Heat (convected), a mode of motion developed by such combustion, was constantly and increasingly conveyed from the source of calorification to the liquid contained in the vessel, being radiated through the uneven unpolished dark surface of the metal iron, in part reflected, in part absorbed, in part transmitted, gradually raising the temperature of the water from normal to boiling point, a rise in temperature expressible as the result of an expenditure of 72 thermal units needed to raise 1 pound of water from 50° to 212° Fahrenheit.

What announced the accomplishment of this rise in temperature?
A double falciform ejection of water vapour from under the kettlelid at both sides simultaneously." (U17.263)