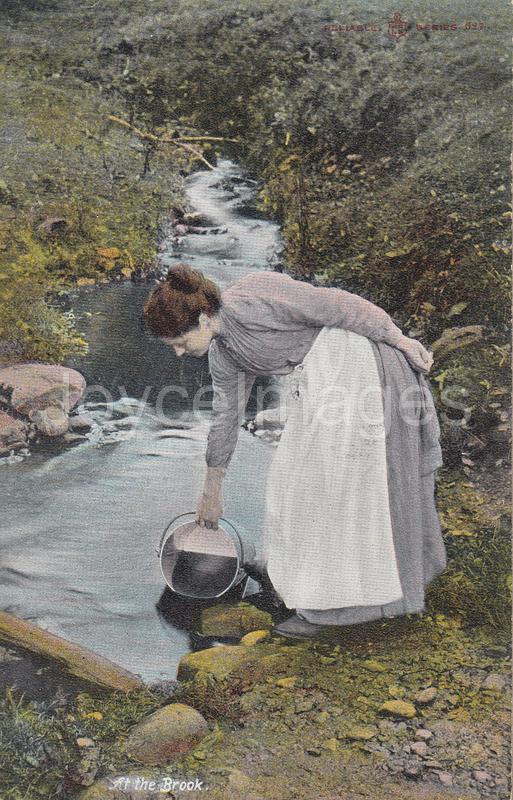 "its properties for cleansing, quenching thirst and fire, nourishing vegetation: its infallibility as paradigm and paragon: its metamorphoses as vapour, mist, cloud, rain, sleet, snow, hail: its strength in rigid hydrants: its variety of forms in loughs and bays and gulfs and bights and guts and lagoons and atolls and archipelagos and sounds and fjords and minches and tidal estuaries and arms of sea: its solidity in glaciers, icebergs, icefloes: its docility in working hydraulic millwheels, turbines, dynamos, electric power stations, bleachworks, tanneries, scutchmills: its utility in canals, rivers, if navigable, floating and graving docks: its potentiality derivable from harnessed tides or watercourses falling from level to level: its submarine fauna and flora (anacoustic, photophobe), numerically, if not literally, the inhabitants of the globe: its ubiquity as constituting 90% of the human body: the noxiousness of its effluvia in lacustrine marshes, pestilential fens, faded flowerwater, stagnant pools in the waning moon." (U17.214)