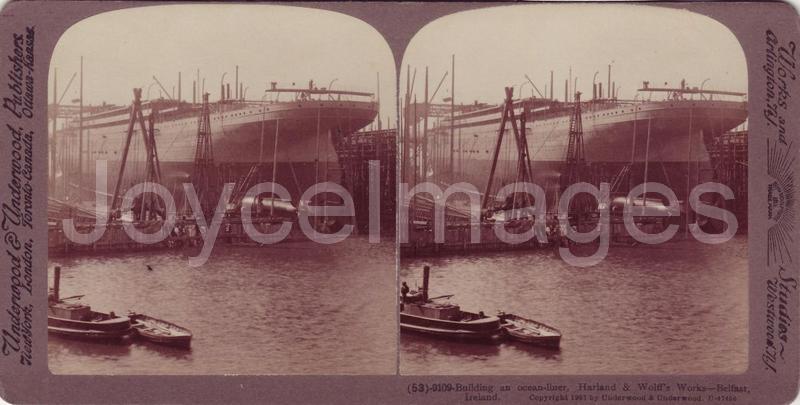 "Fort Camden and Fort Carlisle, the Golden Vale of Tipperary, the islands of Aran, the pastures of royal Meath, Brigid's elm in Kildare, the Queen's Island shipyard in Belfast," (U17.1977)

The shipyard on Queen's Island was formed in 1861 by Edward James Harland (1831 - 1895) and Gustav Wilhelm Wolff (1834 - 1913). Over the years, they built numerous vessels for the White Star Line, the first one being the Oceanic (1870). At the time of the great liners, over 15,000 people worked at the Belfast shipyard. The shipyard has built many types of ships continuously since then, the most famous being the RMS Titanic.