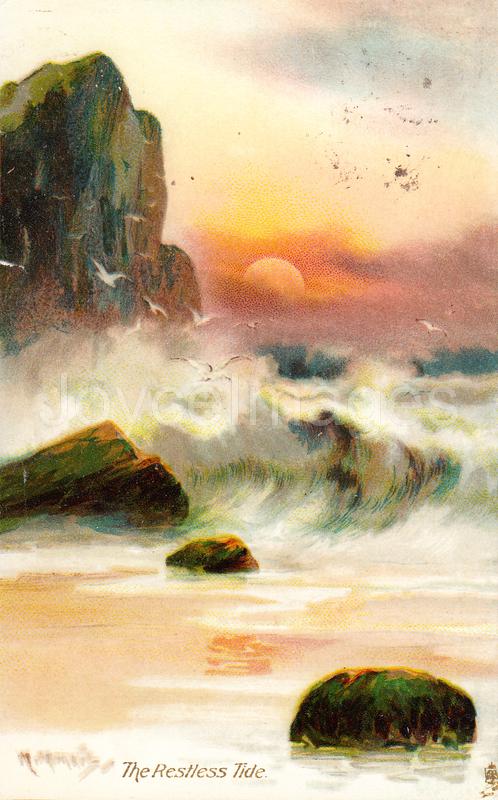 "the restlessness of its waves and surface particles visiting in turn all points of its seaboard: the independence of its units: the variability of states of sea: its hydrostatic quiescence in calm: its hydrokinetic turgidity in neap and spring tides: its subsidence after devastation: its sterility in the circumpolar icecaps, arctic and antarctic: its climatic and commercial significance: its preponderance of 3 to 1 over the dry land of the globe: its indisputable hegemony extending in square leagues over all the region below the subequatorial tropic of Capricorn: the multisecular stability of its primeval basin: its luteofulvous bed: its capacity to dissolve and hold in solution all soluble substances including millions of tons of the most precious metals: its slow erosions of peninsulas and islands, its persistent formation of homothetic islands, peninsulas and downwardtending promontories: its alluvial deposits: its weight and volume and density:" (U17.188)