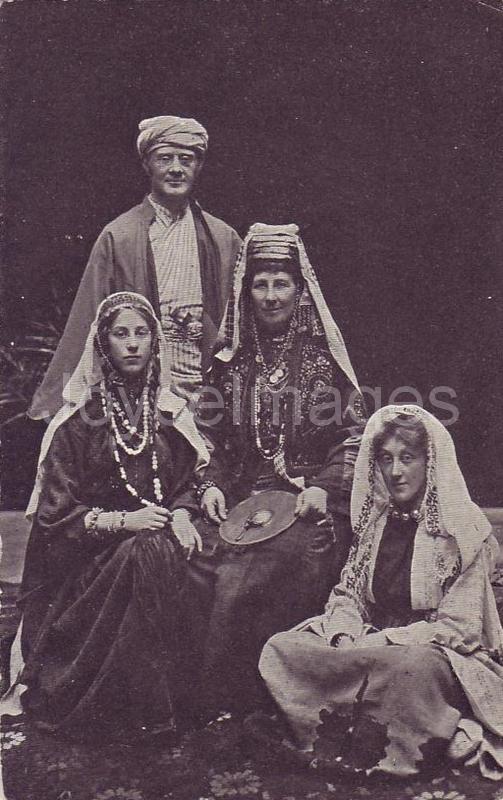 "Prove that he had loved rectitude from his earliest youth.
To Master Percy Apjohn at High School in 1880 he had divulged his disbelief in the tenets of the Irish (protestant) church (to which his father Rudolf Virag (later Rudolph Bloom) had been converted from the Israelitic faith and communion in 1865 by the Society for promoting Christianity among the jews) subsequently abjured by him in favour of Roman catholicism at the epoch of and with a view to his matrimony in 1888." (U17.1636)

The London Society for the Promotion of Christianity among the Jews was founded in 1809. Its mission was the conversion of Jews of all classes, but it initially concentrated on the destitute Jews in the London area. It provided them with food and clothing, and some with training and employment in a textile mill and a printing plant established for that purpose. In time, the London Society had agents in Central and Eastern Europe and in the Muslim strongholds of N. Africa and the Levant. This PC shows Rev. Samuel Schor, born 1859 to Hebrew Christian parents in Jerusalem, and a member of the London Society.