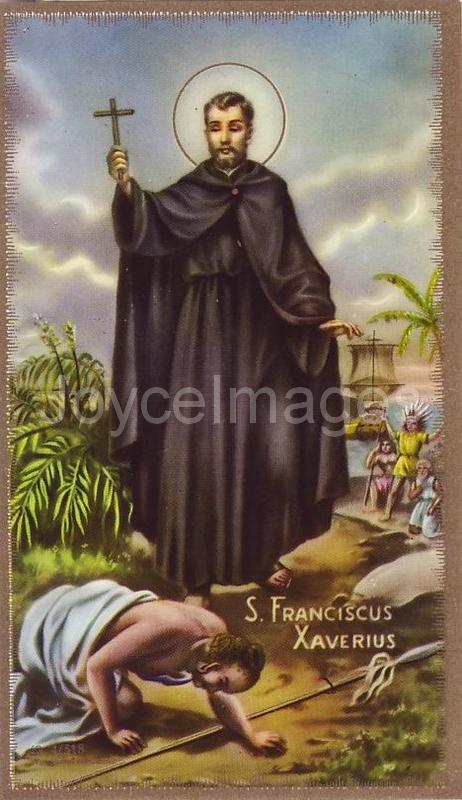 "on the morning of the feast of Saint Francis Xavier 1898: of the dean of studies, Father Butt, in the physics' theatre of university College, 16 Stephen's Green, north: of his sister Dilly (Delia) in his father's house in Cabra." (U17.143)

St Francis Xavier (1506 - 1552) was a Spanish nobleman. He studied philosophy and theology at the University of Paris. He met St Ignatius of Loyola and together they founded the 'Society of Jesus' (= Jesuits). Francis Xavier became the first Jesuit missionary. He traveled thousands of miles, most on foot, tolerated appalling conditions on long sea voyages, and saw the greater part of the Far East. He was a successful missionary for 10 years in India, the East Indies, and Japan, baptizing more than 40,000. He sought and helped the sick and the forgotten, preached in the streets, and taught children the catechism. It is said that he had the gift of tongues, was a healer and miracle worker, and calmed storms. He died in China of a febrile illness. Represented as a young bearded Jesuit. Feast December 3.