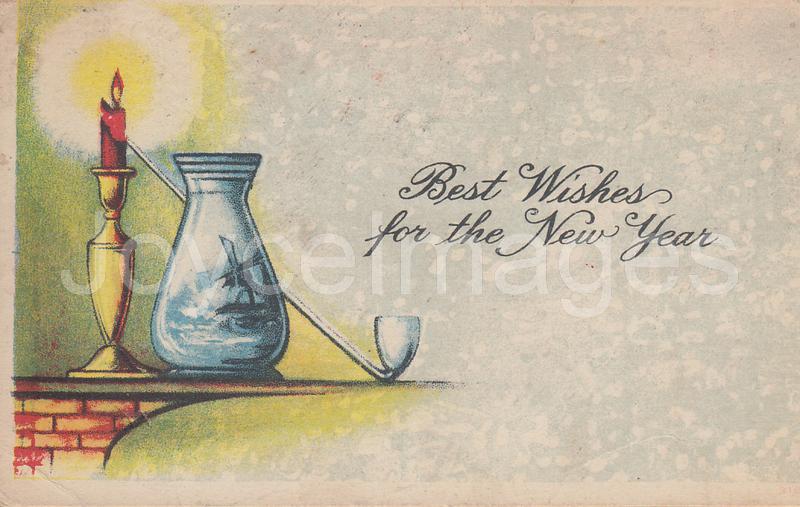 "His next proceeding?
From an open box on the majolicatopped table he extracted a black diminutive cone, one inch in height, placed it on its circular base on a small tin plate, placed his candlestick on the right corner of the mantelpiece, produced from his waistcoat a folded page of prospectus (illustrated) entitled Agendath Netaim, unfolded the same, examined it superficially, rolled it into a thin cylinder, ignited it in the candleflame, applied it when ignited to the apex of the cone till the latter reached the stage of rutilance, placed the cylinder in the basin of the candlestick disposing its unconsumed part in such a manner as to facilitate total combustion." (U17.1320)