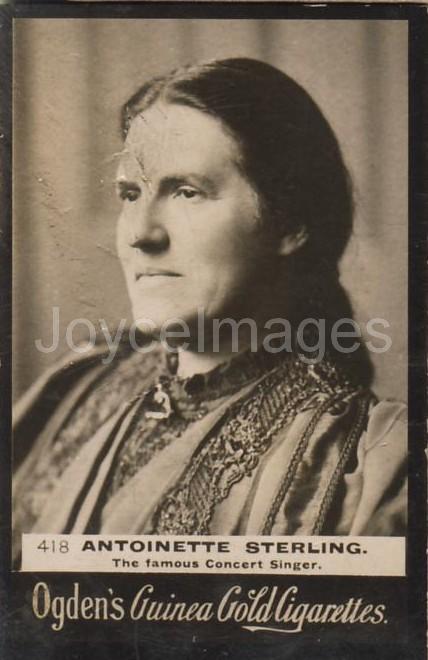 From EB11: Antoinette Sterling (d. 1904) was an Anglo-American (contralto) singer born at Sterlingville, New York. After singing for 2 years in the USA, she came to England (1873) and made her debut at Covent Garden. She rapidly became popular, her greatest successes being ballads such as 'Caller Herrin,' 'The Three Fishers,' and 'The Lost Chord.' She was a woman of deep religious feeling and many enthusiasms, and her name was constantly associated with philanthropy.