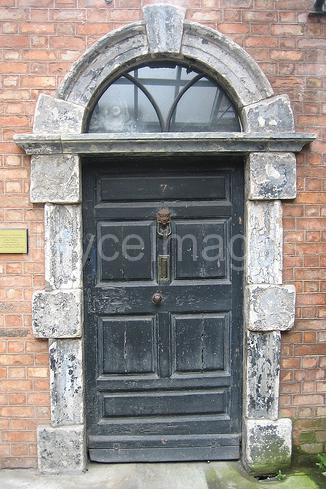 "Did the man reappear elsewhere?
After a lapse of four minutes the glimmer of his candle was discernible through the semitransparent semicircular glass fanlight over the halldoor. The halldoor turned gradually on its hinges. In the open space of the doorway the man reappeared without his hat, with his candle.

Did Stephen obey his sign?
Yes, entering softly, he helped to close and chain the door and followed softly along the hallway the man's back and listed feet and lighted candle past a lighted crevice of doorway on the left and carefully down a turning staircase of more than five steps into the kitchen of Bloom's house." (U17.113)