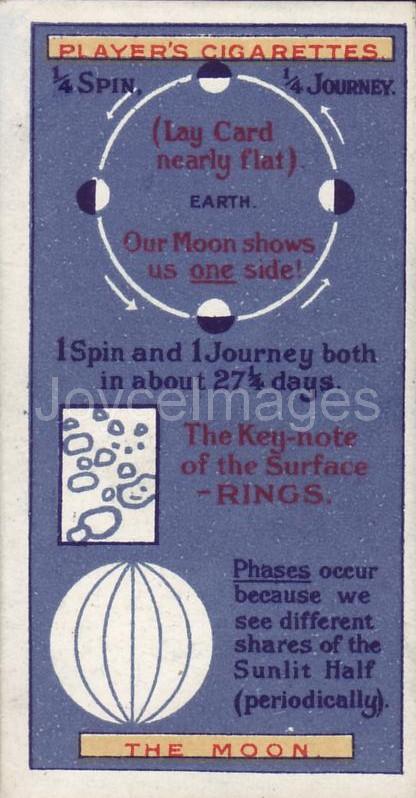 "the monthly recurrence known as the new moon with the old moon in her arms: the posited influence of celestial on human bodies: the appearance of a star (1st magnitude) of exceeding brilliancy dominating by night and day (a new luminous sun generated by the collision and amalgamation in incandescence of two nonluminous exsuns) about the period of the birth of William Shakespeare over delta in the recumbent neversetting constellation of Cassiopeia and of a star (2nd magnitude) of similar origin but of lesser brilliancy which had appeared in and disappeared from the constellation of the Corona Septentrionalis about the period of the birth of Leopold Bloom and of other stars of (presumably) similar origin which had (effectively or presumably) appeared in and disappeared from the constellation of Andromeda about the period of the birth of Stephen Dedalus, and in and from the constellation of Auriga some years after the birth and death of Rudolph Bloom, junior, and in and from other constellations some years before or after the birth or death of other persons:" (U17.1117)