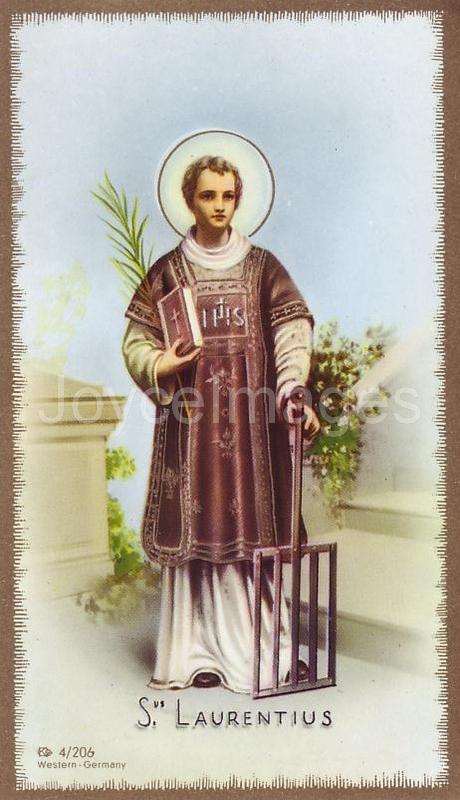 "the annual recurrence of meteoric showers about the period of the feast of S. Lawrence" (U17.1115)

S. Lawrence is a 3c archdeacon of Rome, born at Huesca (Spain). He was the keeper of the treasures of the church in a time when Christianity was outlawed. On 6 August 258, by decree of Emperor Valerian, Pope Sixtus II and six deacons were beheaded, leaving Lawrence as the ranking Church official in Rome. After the death of Sixtus, the prefect of Rome demanded that Lawrence turn over the riches of the Church. Lawrence asked for three days to gather together the wealth, then distributed as much Church property to the poor as possible. He then presented himself to the prefect of Rome accompanied by a multitude of Rome's poor and crippled, declaring that these were the true treasures of the Church. This act of defiance led directly to his martyrdom.

Tradition holds that he was grilled to death, August 10th 258, hence his symbol the gridiron. He is buried in the cemetery of Saint Cyriaca on the road to Tivoli, Italy.