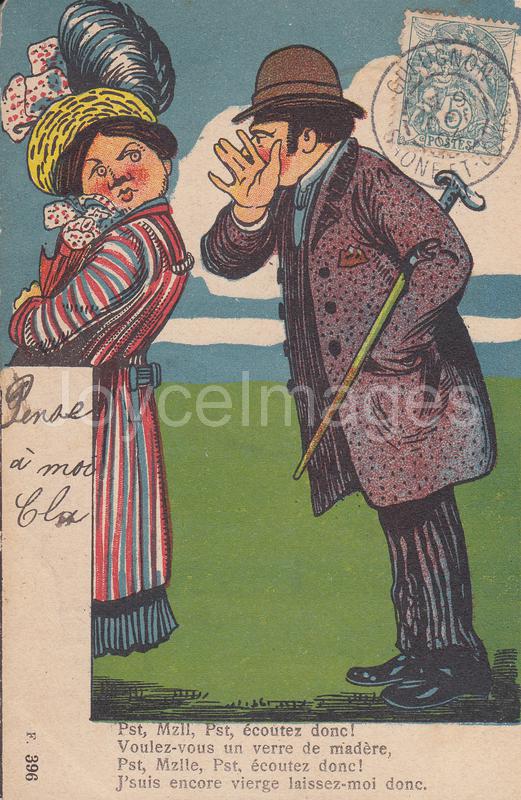 "The face of a streetwalker glazed and haggard under a black straw hat peered askew round the door of the shelter palpably reconnoitring on her own with the object of bringing more grist to her mill. Mr Bloom, scarcely knowing which way to look, turned away on the moment flusterfied but outwardly calm, and, picking up from the table the pink sheet of the Abbey street organ which the jarvey, if such he was, had laid aside, he picked it up and looked at the pink of the paper though why pink. His reason for so doing was he recognised on the moment round the door the same face he had caught a fleeting glimpse of that afternoon on Ormond quay, the partially idiotic female, namely, of the lane who knew the lady in the brown costume does be with you (Mrs B.) and begged the chance of his washing." (U16.704)