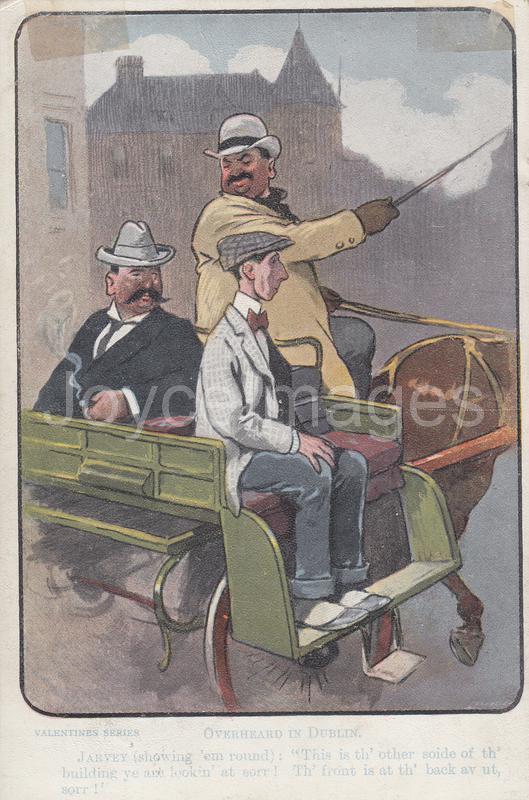 "Highly providential was the appearance on the scene of Corny Kelleher when Stephen was blissfully unconscious but for that man in the gap turning up at the eleventh hour the finis might have been that he might have been a candidate for the accident ward or, failing that, the bridewell and an appearance in the court next day before Mr Tobias or, he being the solicitor rather, old Wall, he meant to say, or Mahony which simply spelt ruin for a chap when it got bruited about. The reason he mentioned the fact was that a lot of those policemen, whom he cordially disliked, were admittedly unscrupulous in the service of the Crown and, as Mr Bloom put it, recalling a case or two in the A division in Clanbrassil street, prepared to swear a hole through a ten gallon pot." (U16.69)