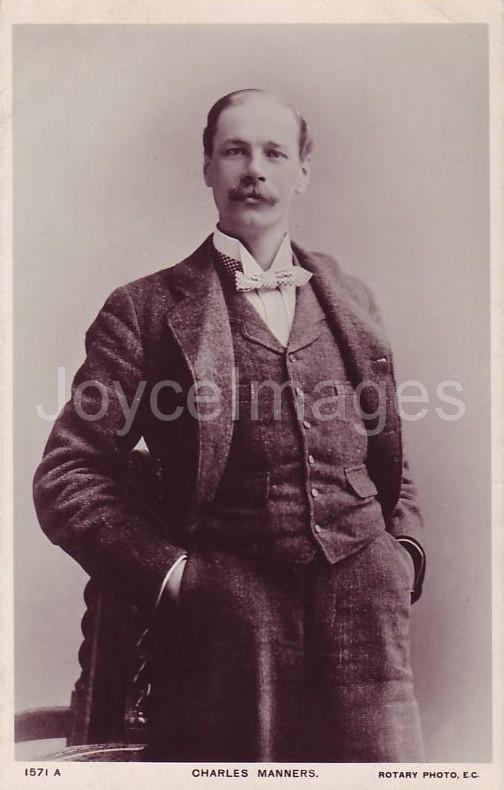 Charles Manners (1857 - 1935) was a bass opera singer. His real name was Southcote Mansergh. He was born in London, son of Colonel Mansergh, an Irishman. He studied music with Dr. O'Donogue in Dublin, the Royal Academy of Music in London, and in Italy. He sang with the D'Oyly Carte organization in 1882, advancing from a member of the chorus, to creating the part of Private Willis in 'Iolanthe' at the Savoy. In 1883, he left the D'Oyly Carte and the Savoy. He was principal bass with the Carl Rosa Opera Company for two years, then spent four years at Covent Garden. His Covent Garden debut was as Bertramo in 'Roberto il Diavolo' (1890), opposite Fanny Moody.

Moody and Manners married in 1890. The couple appeared together in the London premiere of Tchaikovsky's 'Eugene Onegin' (Olympic Theatre, 1892). They formed a concert party that later became the Moody-Manners Opera Company (1894), thereafter split into A and B. They toured Canada and South Africa (1896-97) and extensively in the British provinces and Ireland. Manners performed in the Company and served as its managing director. The Moody-Manners A Company was for some time the largest opera company ever to tour in Great Britain. The Moody-Manners Companies were disbanded before World War I.