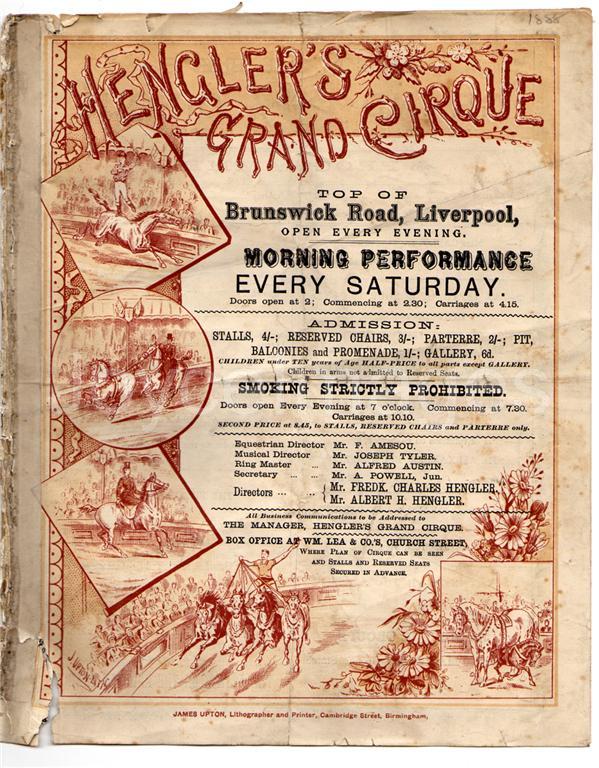 "A silence ensued till Mr Bloom for agreeableness' sake just felt like asking him whether it was for a marksmanship competition like the Bisley.
- Beg pardon, the sailor said.
- Long ago? Mr Bloom pursued without flinching a hairsbreadth.
- Why, the sailor replied, relaxing to a certain extent under the magic influence of diamond cut diamond, it might be a matter of ten years. He toured the wide world with Hengler's Royal Circus. I seen him do that in Stockholm." (U16.406)