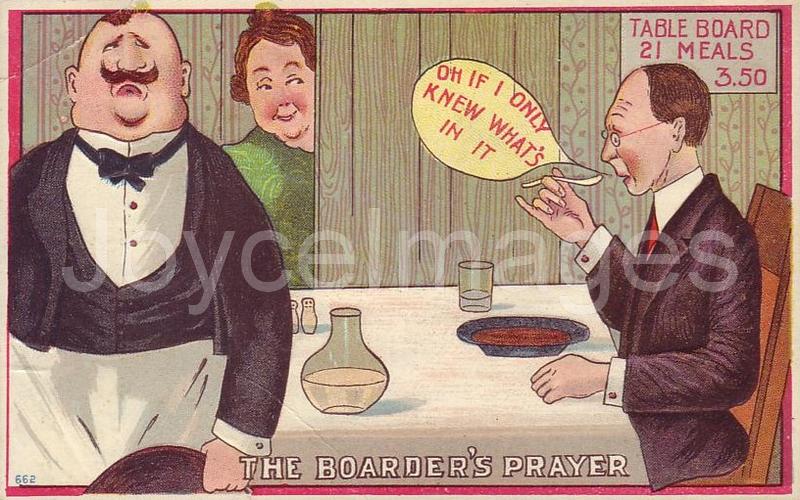 "The keeper of the shelter in the middle of this tête-à-tête put a boiling swimming cup of a choice concoction labelled coffee on the table and a rather antediluvian specimen of a bun, or so it seemed, after which he beat a retreat to his counter, Mr Bloom determining to have a good square look at him later on so as not to appear to... for which reason he encouraged Stephen to proceed with his eyes while he did the honours by surreptitiously pushing the cup of what was temporarily supposed to be called coffee gradually nearer him." (U16.354)