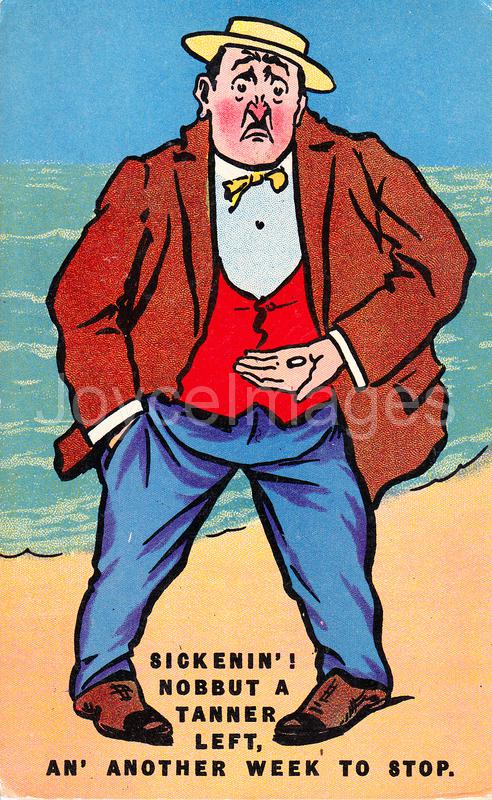 "Being a levelheaded individual who could give points to not a few in point of shrewd observation he also remarked on his very dilapidated hat and slouchy wearing apparel generally testifying to a chronic impecuniosity. Palpably he was one of his hangerson but for the matter of that it was merely a question of one preying on his nextdoor neighbour all round, in every deep, so to put it, a deeper depth and for the matter of that if the man in the street chanced to be in the dock himself penal servitude with or without the option of a fine would be a very rara avis altogether. In any case he had a consummate amount of cool assurance intercepting people at that hour of the night or morning. Pretty thick that was certainly.
The pair parted company and Stephen rejoined Mr Bloom who, with his practised eye, was not without perceiving that he had succumbed to the blandiloquence of the other parasite. Alluding to the encounter he said, laughingly, Stephen, that is:" (U16.218)