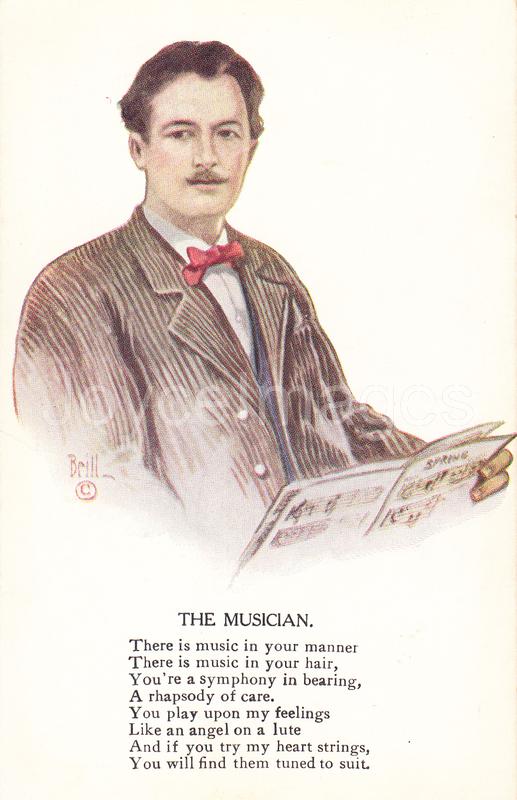 "Besides, though taste latterly had deteriorated to a degree, original music like that, different from the conventional rut, would rapidly have a great vogue as it would be a decided novelty for Dublin's musical world after the usual hackneyed run of catchy tenor solos foisted on a confiding public by Ivan St Austell and Hilton St Just and their genus omne. Yes, beyond a shadow of a doubt he could with all the cards in his hand and he had a capital opening to make a name for himself and win a high place in the city's esteem where he could command a stiff figure and, booking ahead, give a grand concert for the patrons of the King street house, given a backerup, if one were forthcoming to kick him upstairs, so to speak, a big if however, with some impetus of the goahead sort to obviate the inevitable procrastination which often tripped -up a too much feted prince of good fellows." (U16.1847)