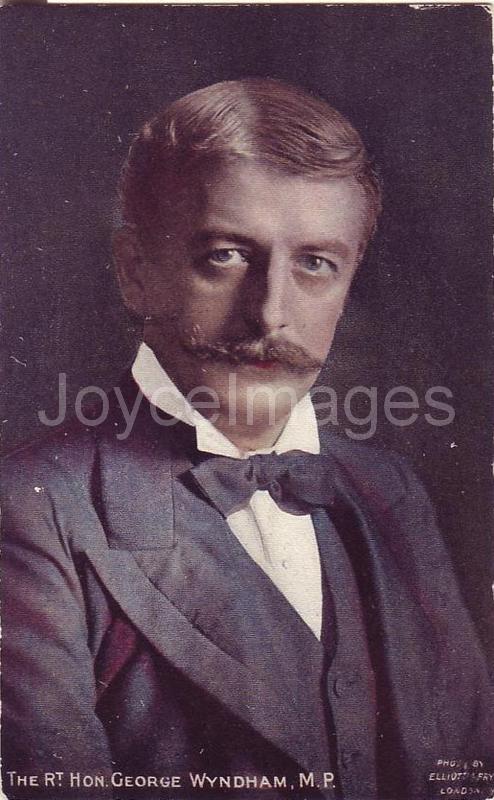 From Wikipedia: He was an English politician and also a man of letters, noted for his elegance, and one of The Souls. He was a great-grandson of Irish revolutionary Lord Edward Fitzgerald, whom he greatly resembled physically. He brought forward a devolution scheme to deal with the Home Rule question. He also successfully saw the significant 1903 Irish Land Act into law. This change in the law ushered in the most radical change in history in Ireland's land ownership. Before it, Ireland's land was largely owned by landlords; within years of the Acts, most of the land was owned by their former tenants, who had been subvented in their purchases by government subsidies.