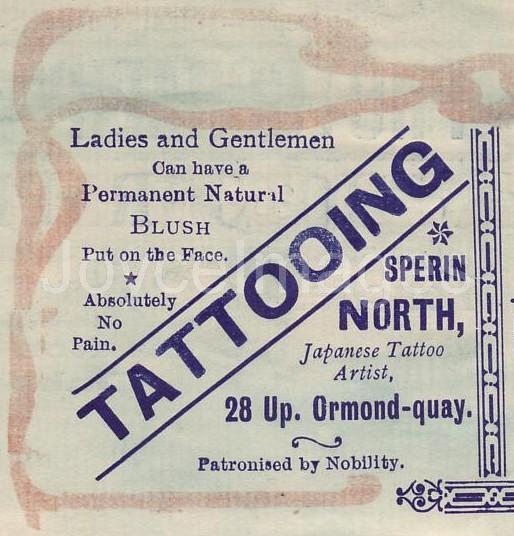 "and the tattoo which was all the go in the seventies or thereabouts, even in the House of Lords, because early in life the occupant of the throne, then heir apparent, the other members of the upper ten and other high personages simply following in the footsteps of the head of the state," (U16.1197)