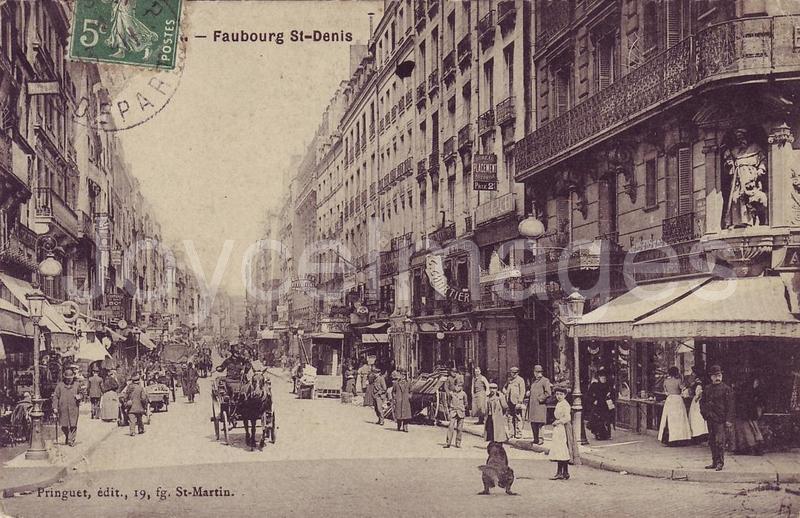 "- You suspect, Stephen retorted with a sort of a half laugh, that I may be important because I belong to the faubourg Saint Patrice called Ireland for short." (U16.1160)

In French, a faubourg is a district originally outside city limits (= suburb). This PC shows the faubourg St Denis in Paris; St Denis is the patron saint of Paris.