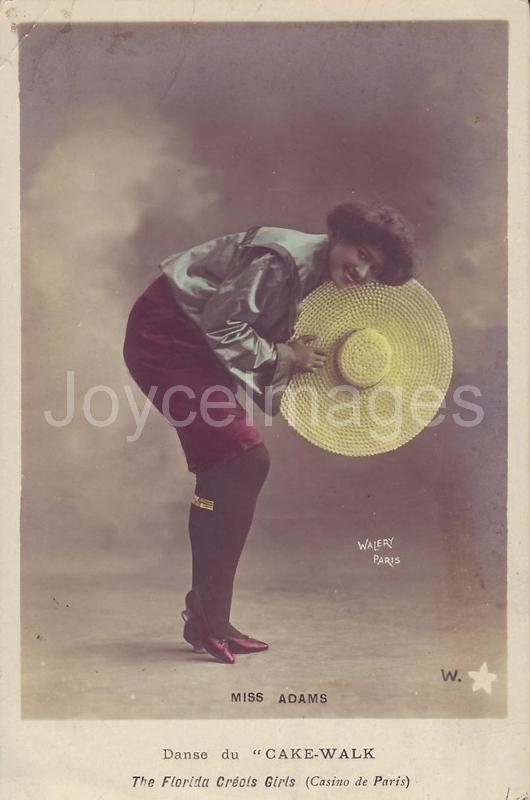 Cakewalk is a traditional African American form of music and dance which originated among slaves in the US South. It was named for the reward given to the the best dancers. The cakewalk started as a parody of the formal European dances preferred by slave owners. It featured a lot of exaggerated hopping and very high kicking, combined with traditional African dance steps. Costumes often included excessively large bowties, suits, canes, and top hats. Following the American Civil War, its tradition continued amongst African Americans in the South and gradually moved northward. The syncopated music of the cakewalk, with growing complexity and sophistication, evolved into ragtime in the mid 1890s. The dance briefly was a fad, among whites and blacks on both sides of the Atlantic, at the end of the 19c."