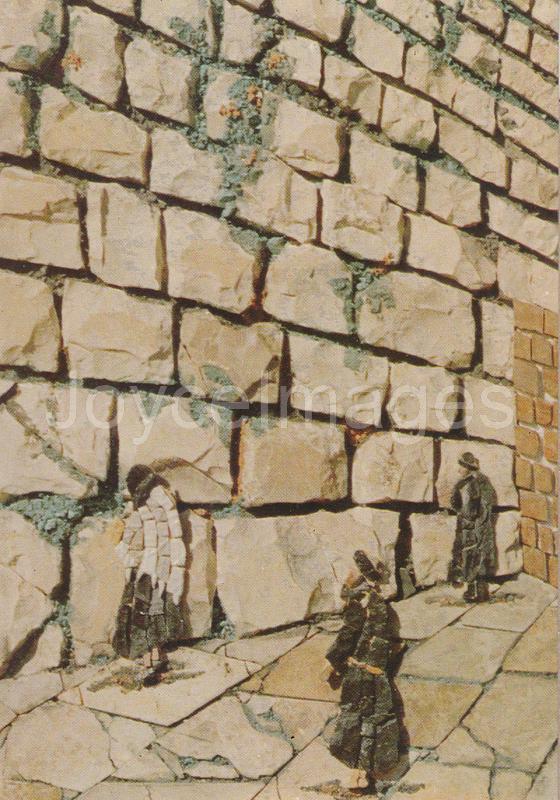 (Bloom, broken, closely veiled for the sacrifice, sobs, his face to the earth. The passing bell is heard. Darkshawled figures of the circumcised, in sackcloth and ashes, stand by the the wailing wall, M. Shulomowitz, Joseph Goldwater, Moses Herzog, Harris Rosenberg, M. Moisel, J. Citron, Minnie Watchman, P. Mastiansky, the reverend Leopold Abramovitz, chazen. With swaying arms they wail in pneuma over the recreant Bloom.)

(in dark guttural chant as they cast dead sea fruit upon him, no flowers) Shema Israel Adonai Elohenu Adonai Echad."