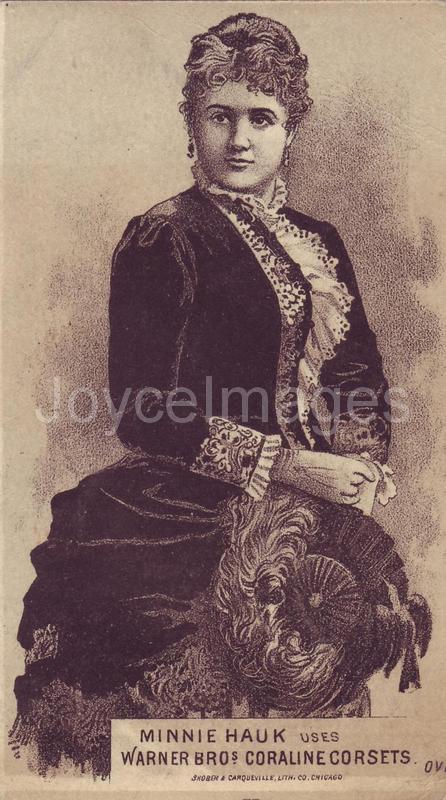 Minnie Hauck (or Hauk) is an American mezzosoprano opera singer (1851 - 1929), and the most celebrated Carmen of the 19c. She first appeared in this role in Brussels (1877) and sang it more than 500 times in French, English, German or Italian. Her vivid portrayal was recalled by Klein: "The gypsy appeared strutting forward with hand on hip and flower in mouth... The voice itself was not remarkable for sweetness or sympathetic charm, though strong and full enough in the middle register, but somehow, its rather thin, penetrating timbre sounded just right in a character whose music called for the expression of heartless sensuality, caprice, cruelty and fantastic defiance." Hauk became so identified with Carmen that French newspapers claimed that she was Spanish and previously a bullfighter.