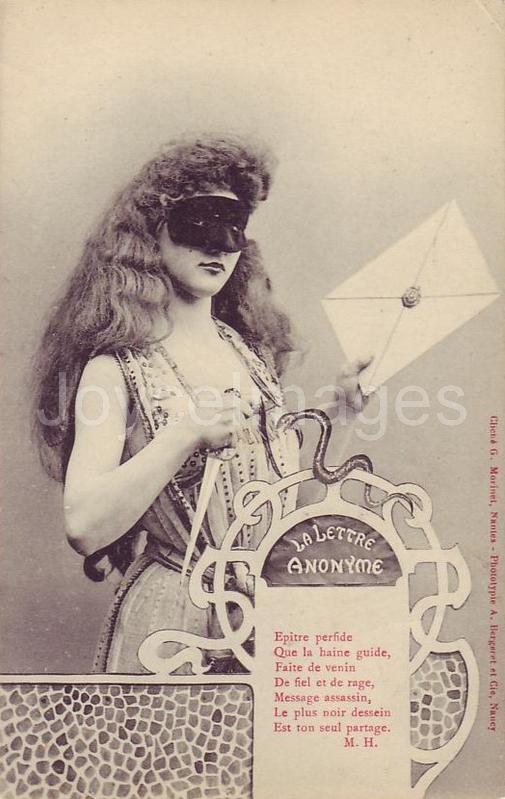 "Arrest him, constable. He wrote me an anonymous letter in prentice backhand when my husband was in the North Riding of Tipperary on the Munster circuit, signed James Lovebirch. He said that he had seen from the gods my peerless globes as I sat in a box of the Theatre Royal at a command performance of La Cigale. I deeply inflamed him, he said. He made improper overtures to me to misconduct myself at half past four p.m. on the following Thursday, Dunsink time. He offered to send me through the post a work of fiction by Monsieur Paul de Kock, entitled The Girl with the Three Pairs of Stays."