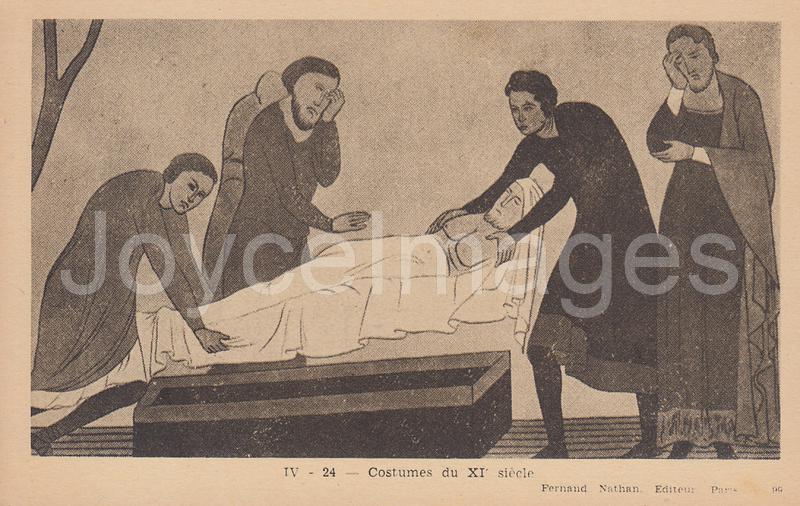 "All she there told him, ruing death for friend so young, algate sore unwilling God's rightwiseness to withsay. She said that he had a fair sweet death through God His goodness with masspriest to be shriven, holy housel and sick men's oil to his limbs. The man then right earnest asked the nun of which death the dead man was died and the nun answered him and said that he was died in Mona Island through bellycrab three year agone come Childermas and she prayed to God the Allruthful to have his dear soul in his undeathliness. He heard her sad words, in held hat sad staring. So stood they there both awhile in wanhope sorrowing one with other." (U14.97)