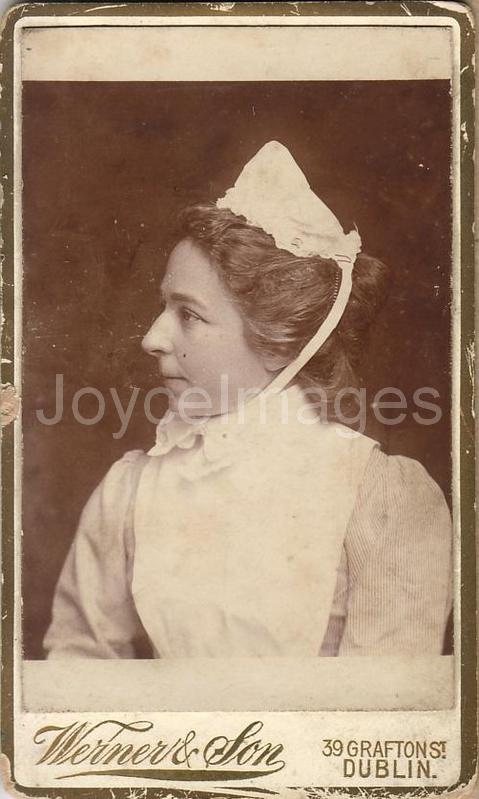 "Amid the general vacant hilarity of the assembly a bell rang and, while all were conjecturing what might be the cause, Miss Callan entered and, having spoken a few words in a low tone to young Mr Dixon, retired with a profound bow to the company. The presence even for a moment among a party of debauchees of a woman endued with every quality of modesty and not less severe than beautiful refrained the humorous sallies even of the most licentious but her departure was the signal for an outbreak of ribaldry. Strike me silly, said Costello, a low fellow who was fuddled. A monstrous fine bit of cowflesh! I'll be sworn she has rendezvoused you. What, you dog? Have you a way with them? Gad's bud, immensely so, said Mr Lynch. The bedside manner it is that they use in the Mater hospice. Demme, does not Doctor O'Gargle chuck the nuns there under the chin? As I look to be saved I had it from my Kitty who has been wardmaid there any time these seven months." (U14.799)

[Note: this is not Nurse Callan]