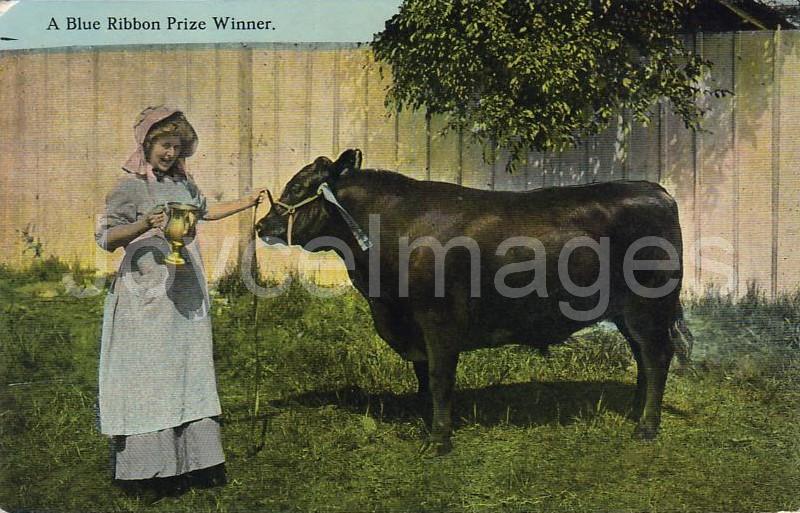 "By this time the father of the faithful (for so they called him) was grown so heavy that he could scarce walk to pasture. To remedy which our cozening dames and damsels brought him his fodder in their apronlaps and as soon as his belly was full he would rear up on his hind quarters to show their ladyships a mystery and roar and bellow out of him in bull's language and they all after him." (U14.604)