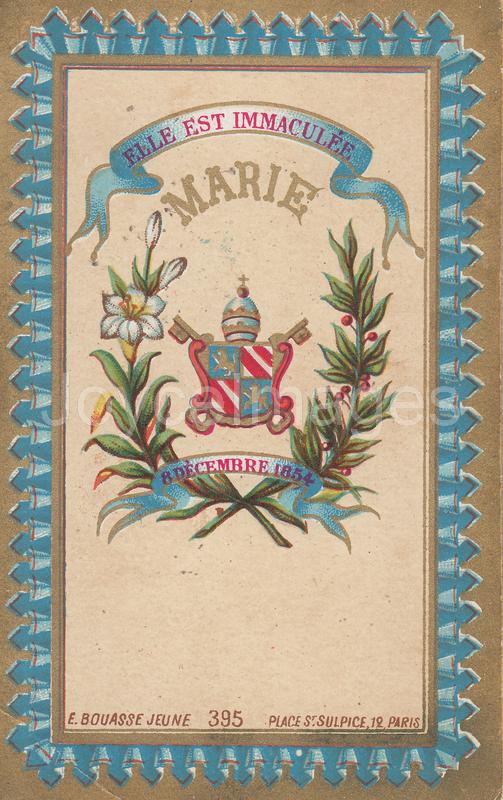 "A pregnancy without joy, he said, a birth without pangs, a body without blemish, a belly without bigness. Let the lewd with faith and fervour worship. With will will we withstand, withsay." (U14.309)

The Immaculate Conception is a doctrine of the Roman Catholic church that states that the Virgin Mary was free of original sin from the moment of her conception. It became part of official Catholic teaching in 1854, when Pius IX gave it the status of dogma in the papal bull Ineffabilis Deus.