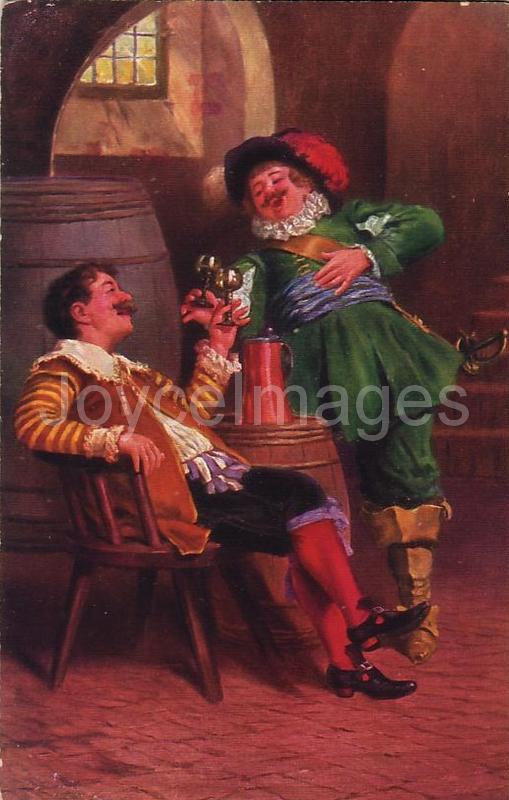 "Also he took the cup that stood tofore him for him needed never none asking nor desiring of him to drink and, Now drink, said he, fully delectably, and he quaffed as far as he might to their both's health for he was a passing good man of his lustiness." (U14.178)