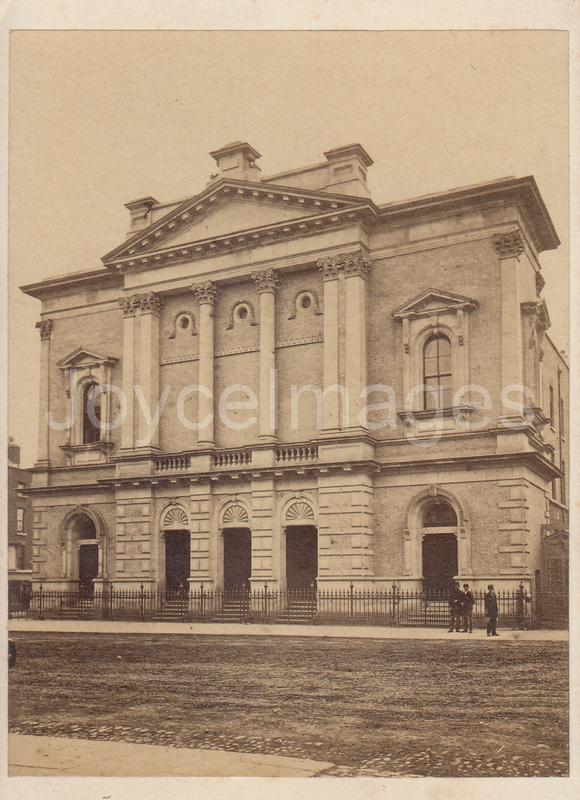 "Christicle, who's this excrement yellow gospeller on the Merrion hall? Elijah is coming. Washed in the Blood of the Lamb." (U14.1579)


Merrion Hall was a Plymouth Brethren church built by Alfred Gresham Jones (1824–1888). It was completed in 1863 at a cost of £16,000, and had a main hall capacity of 2500 to 3000 persons, plus many more standing. Merrion Hall was the largest Brethren Gospel Hall ever constructed. There were three completely oval galleries and a double deck preacher's platform almost identical to that of the Metropolitan Tabernacle in London. The lower hall in the basement contained a below-floor baptism pool.
The Brethren Assembly occupied the protected building until the late 1980s when, after being sold and sustaining a fire, it was rebuilt as the Davenport Hotel, preserving the Italianate façade.
The Merrion Hall here is a CDV...