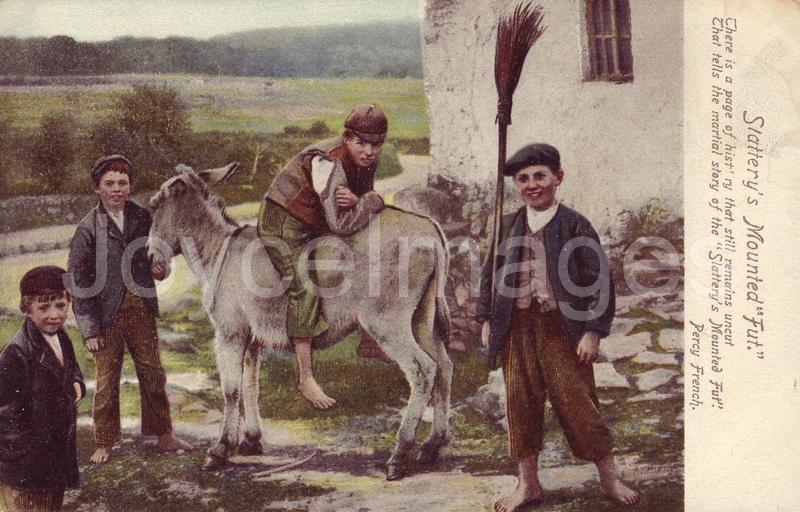 The song 'Slattery's Mounted Fut' by Percy French (1854 - 1920) celebrates drinking and staying alive. It starts:
'You've heard o' Julius Ceasar, and the great Napolean, too,
An' how the Cork Militia beat the Turks at Waterloo;
But there's a page of glory that, as yet, remains uncut,
An' that's the Martial story o' the Shlathery's Mounted Fut.'