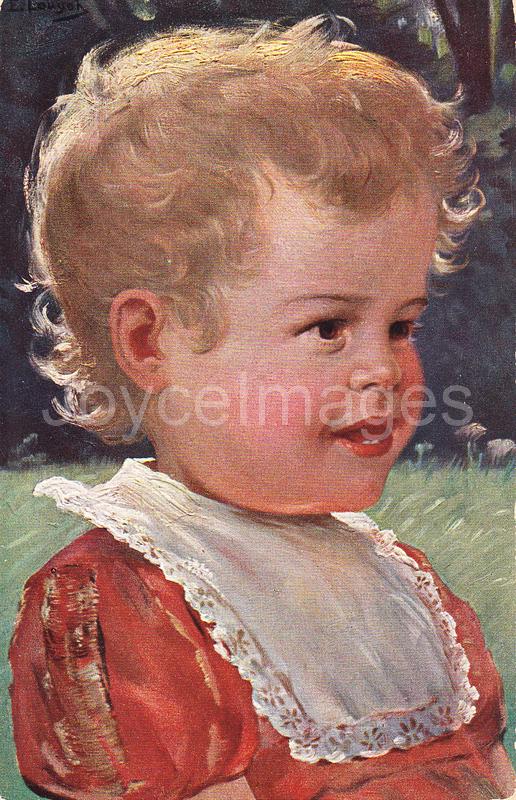 "laughing up out of his gleeful eyes, and Cissy poked him like that out of fun in his wee fat tummy and baby, without as much as by your leave, sent up his compliments to all and sundry on to his brandnew dribbling bib.
— O my! Puddeny pie! protested Ciss. He has his bib destroyed.
The slight contretemps claimed her attention but in two twos she set that little matter to rights.
Gerty stifled a smothered exclamation and gave a nervous cough and Edy asked what and she was just going to tell her to catch it while it was flying but she was ever ladylike in her deportment so she simply passed it off with consummate tact by saying that that was the benediction" (U609.6)