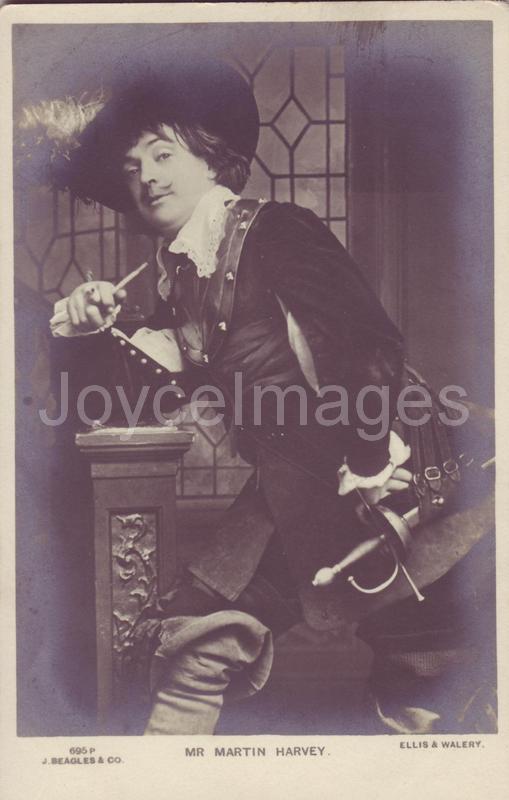 ...and here with.
Harvey's repertoire included Shakespeare's plays. In 1904, Harvey and his company were in Dublin where they opened Hamlet, before moving it to London in 1905. Harvey produced Hamlet, The Taming of the Shrew, Richard III and Henry V for the Shakespeare tercentenary in 1916. Between 1916 and 1931, he starred in 5 movies (4 silent and 1 talkie).