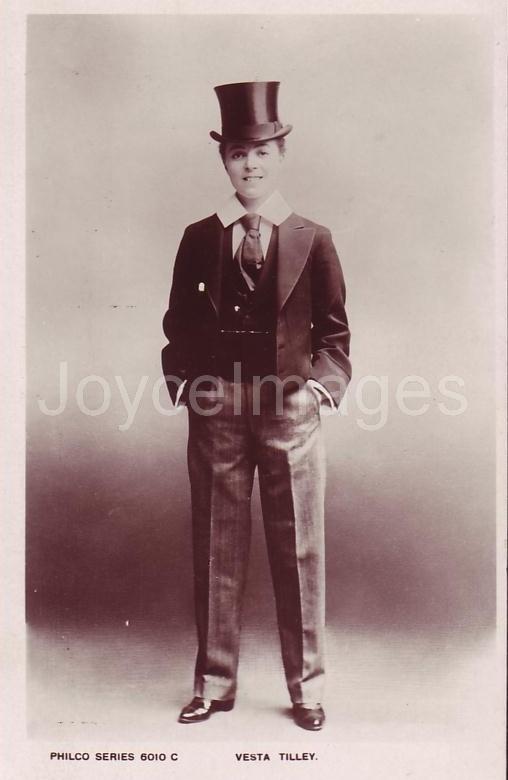 Period actress Vesta Tilley (1864 - 1952), dressed as a man. She was the most famous and best paid music hall male impersonator of her day. Her roles had a slightly mocking edge that made her very popular with working class men. She was wildly popular among women as well, who viewed her as a symbol of independence. One of her songs was 'The Seaside Girls.'