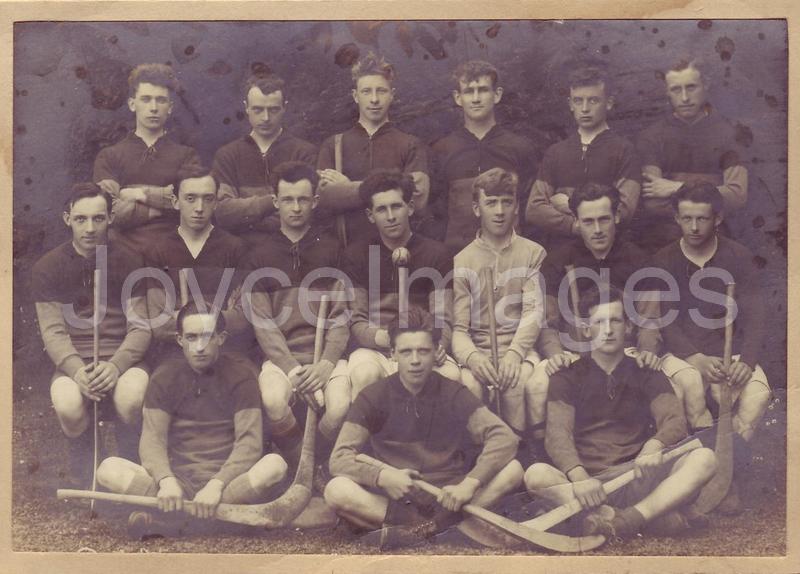 "that she would never forget her hero boy who went to his death with a song on his lips as if he were but going to a hurling match in Clonturk park." (U12.644)

Hurling is an outdoor team sport and one of Ireland's native Gaelic Games, promoted by the Gaelic Athletic Association. It is played with a wooden axe-shaped stick called a hurley, and a ball. This photo shows an Irish hurling team in the 1920s (including J.J. Glavin in the middle).