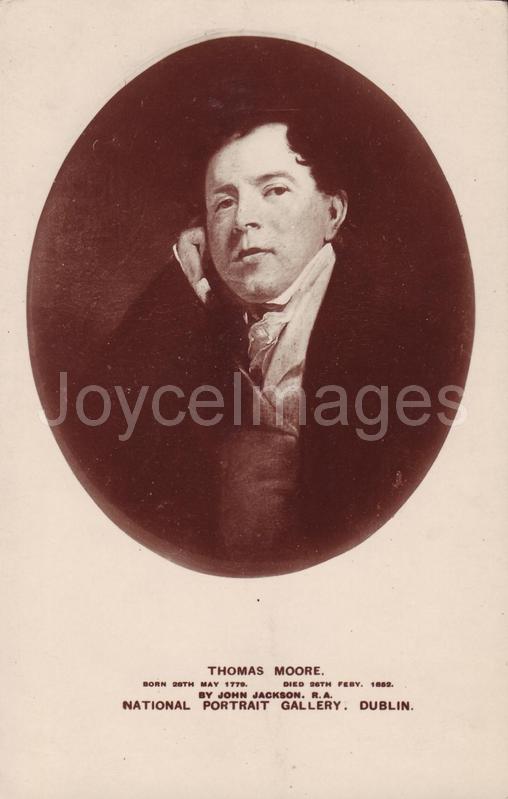 Sara Curran (1782 - 1808) was the great love of Robert Emmett, the Irish patriot who was executed in 1803. After Emmet's death, Sarah left her family and moved to Cork, where she met a soldier named Robert Sturgeon who offered her marriage and a home. They moved to Sicily, but she never fully recovered from her grief. Thomas Moore (1779 - 1852) wrote a sentimental poem about Curran, titled 'She is Far from the Land,' that starts:

'She is far from the land where her young hero sleeps,
And lovers around her are sighing,
But coldly she turns from their gaze, and weeps,
For her heart in his grave is lying!'